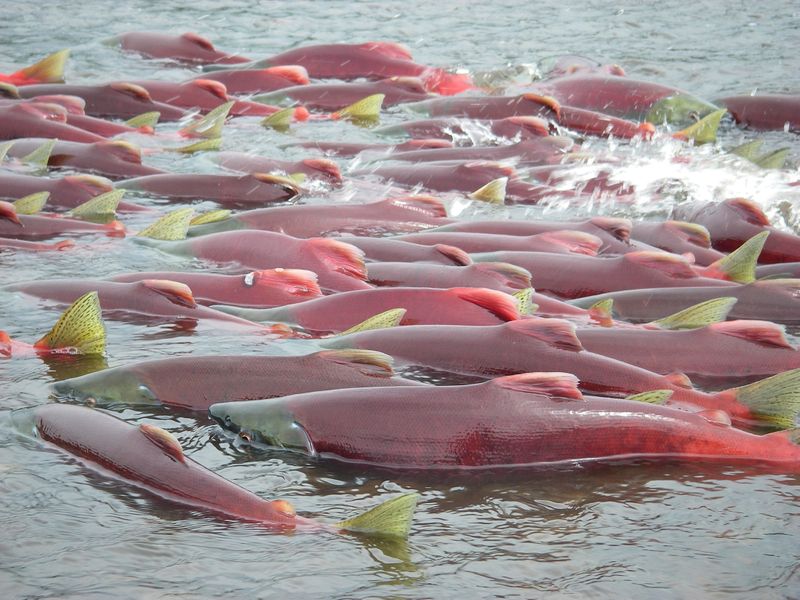 By Jeff Lewis and Yereth Rosen

TORONTO/ANCHORAGE (Reuters) – The U.S. Army Corps of Engineers on Wednesday issued its final decision denying a key water permit for the contentious Pebble Mine in Alaska, putting the project’s future in doubt even as the company behind it plans to appeal the decision.

The mine, one of the world’s largest copper and gold deposits, has been through a roller coaster of regulation over the past 13 years. Republican President Donald Trump revived the project early in his term after the Obama administration had blocked it, but opposition from prominent politicians saying it would harm the state’s billion dollar salmon industry prompted the about-face of the outgoing Trump administration.

The Army Corps denied the Clean Water Act permit because the plan submitted by the Pebble Limited Partnership detailing how it would handle the project’s waste in the ecologically sensitive area did not comply with Clean Water Act guidelines.

Colonel Damon Delarosa, commander of the U.S. Army Corps of Engineers in Alaska, said in a statement the agency had concluded that the proposed project was “contrary to the public interest.”

The Pebble Mine Partnership said it was “dismayed” by the decision and its Canadian parent company, Northern Dynasty Minerals (NYSE:NAK), vowed to lodge an appeal within 60 days.

If built, the mine would produce 70 million tons of gold, molybdenum and copper ore a year and create a pit 1,970 feet (600 meters) deep in Alaska’s Bristol Bay watershed. Opponents said the project threatened a world-class sockeye salmon fishery, putting more than $1 billion of revenue and over 10,000 jobs at risk.

The Trump administration had moved closer in July to approving the mine’s permit, reversing a decision by Democratic then-President Barack Obama.

But a prominent group of Republicans, including Trump’s son Donald Trump Jr., have publicly voiced opposition, saying the mine would destroy areas of good fishing and hunting.

Pebble Mine Partnership Chief Executive John Shively said in a statement the company worked closely with the Corps of Engineers to ensure the project included necessary safeguards and slammed the decision as political.

“It is very disconcerting to see political influence in this process at the eleventh hour,” he said.

In August, the U.S. government had given developers 90 days to explain how they would offset damage to wetlands and popular fishing sites amid rising opposition to the project by prominent Republicans.

West Virginia Senator Joe Manchin, the top Democrat on the Senate natural resources committee, praised the decision, saying he was not convinced the company could protect the surrounding fisheries.

“I understand the important role mining plays in our economy, but the Final Environmental Impact Statement for the project did not come near close enough to assuring me this world-class sockeye salmon fishery, which generates $1.5 billion each year and supports 14,000 jobs, would be protected,” he said.

The Natural Resources Defense Council (NRDC) also welcomed the announcement but warned that permit denial was not the last word.

“A permit denial leaves the door open for future mining in Bristol Bay under more politically favorable circumstances,” the group said in a statement. It added that President-elect Joe Biden opposes the project.

The United Tribes of Bristol Bay, which represents 15 area tribal governments, and other mine opponents said they would seek permanent protections for the region.

President-elect Joe Biden said in August he opposes the mine and as president would “protect Bristol Bay.” Transition team spokesman Jamal Brown said his position remains the same.

Northern Dynasty said the Pebble project would provide a secure supply of strategic minerals, in line with the Biden campaign’s goal to boost domestic production of metals used to make electric vehicles, solar panels and other products crucial to his climate plan.

Shares of the Vancouver-based miner fell about 50% in trading after news of the permit denial.