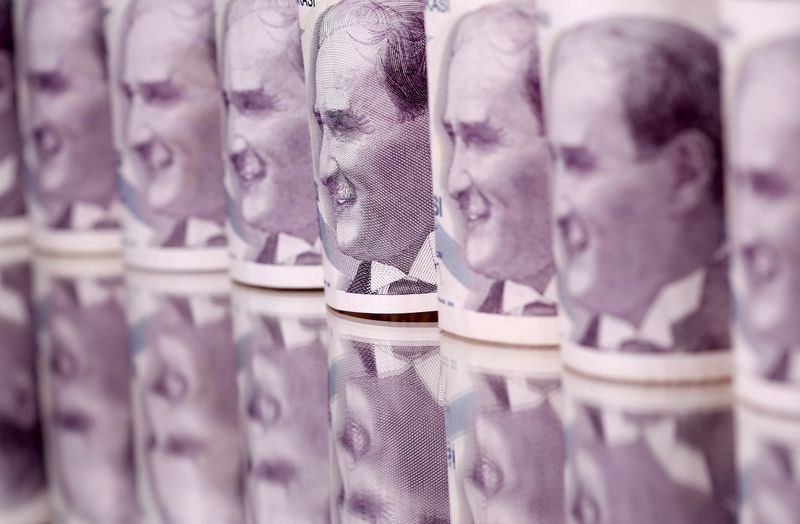 By Jonathan Spicer and Ezgi Erkoyun

Kavcioglu had sought to ease investors’ concerns about a sharp pivot from tight to expansive monetary policy, telling bank CEOs on Sunday that he planned no immediate policy change, a source told Reuters.

Nurettin Canikli, a deputy head of Erdogan’s ruling AK Party, said that “the government changing a Central Bank governor who it thought did not use monetary policy instruments rationally, … and thus brought a big financial burden to the economy, is not defiance of the markets”.

The dismissal of Naci Agbal reaffirmed the political control that has for years harmed foreign investors’ view of what is a major emerging economy.

Analysts said Kavcioglu was likely to reverse the interest rate rises Agbal had implemented to shore up Turkey’s capital account and its dwindling foreign reserves.

The currency briefly dipped to 8.4850 to the dollar from 7.2185 on Friday, near its intraday record low of 8.58 from last November, before Agbal was appointed.

It recovered about half of its losses after Finance Minister Lutfi Elvan said Turkey would keep to free market rules, and at 0930 GMT stood at 7.95 to the dollar, 9% weaker – and about half what it was worth before its last crisis, in mid-2018.

Istanbul’s main share index was down 9%, with banks off nearly 10%.

Longer-dated dollar-denominated government bonds suffered their biggest daily drop on record. The 2045 bond fell as much as 9.7 cents to as low as 87.01 – a level last seen in early November.

Five-year credit default swaps, insurance against a Turkish default, surged from Friday’s 305 basis points to 464, their highest since Nov. 9.

Turkey “will be left with two choices” said Per Hammarlund, senior EM strategist at SEB Research.

“Either it pledges to use interest rates to stabilise markets, or it imposes capital controls.”

Finance Minister Elvan said authorities were determined to stick to free-market rules and a free-floating currency regime. He said in a statement the macro policy framework would continue until there was a lasting fall in inflation.

Erdogan fired Agbal two days after a 2% rate hike that was meant to head off inflation of nearly 16% and shore up the lira, which rose 3% in response.

In less than five months on the job, Agbal had raised rates by almost 9 percentage points to 19% and regained some policy credibility.

Graphic: Is tightening over already in Turkey? – https://graphics.reuters.com/TURKEY-ECONOMY/RATES/dgkvlqqqopb/chart.png

‘PRO-GROWTH FROM NOW ON’

On the call with Turkish bankers, Kavcioglu said current policy would continue and any change would depend on lowering inflation, which he said was the primary goal, the source familiar with the call said.

The central bank did not immediately comment on the call. On Sunday, Kavcioglu said the bank would focus on permanently lowering inflation, which has been stuck in double digits for most of the last four years.

He said policy meetings will remain on a monthly schedule, suggesting any rate cuts may wait until the next planned meeting on April 15.

After Agbal was sacked, investors said they had worked through the weekend to predict how quickly and sharply rates would be cut – and how much the currency would retreat.

Wall Street bank Goldman Sachs (NYSE:GS) predicted a “discontinuous” drop in the lira, and a “front-loaded” rate-cutting cycle, and told clients it was reviewing investment recommendations.

It said capital outflows appeared likely and a rapid adjustment in the current account might be necessary since markets would shy away from funding Turkey’s chronic deficits.