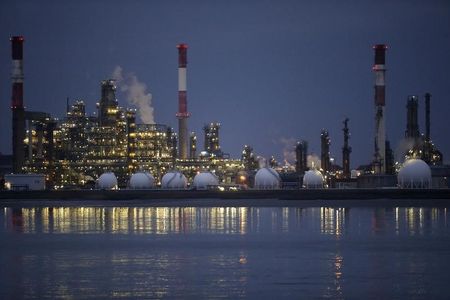 The southern United States were hit by an extreme cold weather system last week.   The unusually low temperatures led to a shortage of roughly 2 million barrels a day of light American oil West Texas Intermediate (WTI) being produced in Texas. According to mining experts, recovery of shale oil production in the southern United States will take at least two weeks, but according to analysts and financial strategists, the road to restoring normal oil prices in the global commodity market will be even longer.

In response to these events, on 23 February 2021 at 6:38 am CET, WTI traded on the New York Mercantile Exchange (NYMEX) commodity market at US$ 62.73 per barrel, with a daily increase of +1.67% to date. According to the technical analysis, this current price represents an increase of +29.07% since the beginning of this year, and in an annual comparison the price of WTI oil has increased by +20.17% over the last 52 weeks. According to analysts at Goldman Sachs, it can be expected that the price of WTI crude oil may rise during this year, particularly towards the end of the year when it is expected to hit close to US$ 72 per barrel.

The price of North Sea Brent crude oil, which is the European equivalent of WTI oil, has also increased. On 23 February at 7:33 am CET, Brent oil traded on the Intercontinental Exchange Europe (ICE) commodity market at US$ 66.35 per barrel, with a daily gain of +1.70%. According to technical analysis, since the beginning of 2021 the current price of Brent oil has increased by +28.22% compared to the price at the end of last year 2020. These oil prices on the global commodity market were achieved in a situation when the exchange value of the US dollar (USD) as the main commodity currency on the foreign exchange market also strengthened.

In recent days the state of Texas and its surroundings has been hit by severe winter weather, which have stopped virtually all oil and gas production. In some places in Texas outdoor temperatures dropped to minus 20 degrees Celsius last week, which is a markedly abnormal situation for the area compared to the previous few decades. It is not only people but also mining equipment, including the energy network infrastructure that is not adapted to such weather conditions. As a result, the mining sector in this segment is still facing difficulties, mainly due to frozen pipelines and power outages. Although the energy companies have restored part of the supply, problems persist in some places.

The miners are trying to resume mining quickly, but due to icy roads, trucks carrying the necessary equipment often cannot reach the cracked pipeline. The outage accounts for nearly 40 percent of production in the entire United States. The difficulties affected about five million barrels a day, which were mined in the Permian Basin. If the situation around Texas returns to normal slowly, the world’s commodity markets will probably continue to feel it. This could also mean a further rise in prices, which have already risen to a maximum in the last year. This is what Goldman Sachs analysts point out while predicting a possible increase in the third quarter of 2021 in WTI oil prices close to US$ 72 a barrel, and Brent oil prices reaching US$ 75 per barrel.