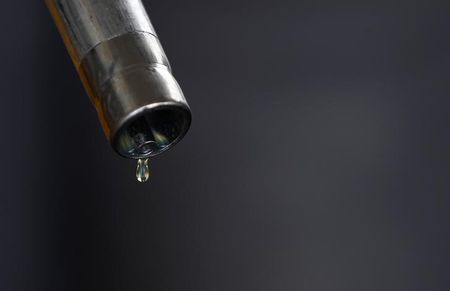 By Barani Krishnan and Liz Moyer

Investing.com — The much-anticipated volatility in oil is finally here.

Crude prices settled up 6% on Wednesday, recouping virtually all of what they lost in the previous session. The rebound was largely technical, though it was also helped by a benign weekly dataset on U.S. oil supply-demand and reports of a vessel blockage in the Suez Canal waterway, where at least 10% of the world’s oil passes through.

“The Suez Canal story provided the fundamental base for what was essentially a technical rebound from oversold conditions we reached in over a four-session window that wiped out a net 11%,” said John Kilduff, founding partner at New York energy hedge fund Again Capital.

“But the path of least resistance still seems lower as too much optimism had been priced in on economic reopenings and we’ll just have to see how that washes with the new Covid wave in Europe and mitigation efforts on the bloc.”

The plunge in oil in recent days came after a near-interrupted four-month long rally driven by OPEC+ production cuts, the promise of economic reopenings from Covid-19 closures and a blockbuster U.S. pandemic relief that was underway. During that run-up, WTI had risen from a little under $36 per barrel on Oct. 30 to reach just under $68 by March 8. Brent went from under $38 to just above $71 in that same stretch.

The rally hit a bump after both crude benchmarks fell 7% on Thursday and another 6% on Tuesday on worries about Europe’s growing pandemic curbs and excruciatingly slow rollout of Covid-19 vaccines.

In the Suez Canal, powerful winds forced a ship aground on one of its banks, blocking nearly the entire width of the waterway and producing a large traffic jam in one of the world’s most important maritime arteries. As of Wednesday morning, more than 100 ships were stuck at each end of the 120-mile canal, which connects the Red Sea to the Mediterranean and carries roughly 10 percent of worldwide shipping traffic.

Meanwhile supply-demand data for the week ended March 19, released by the Energy Information Administration on Wednesday, was received positively by the market.

Distillate stockpiles, which include diesel and heating oil, jumped 3.806 million barrels in the week against expectations for a draw of 122,000 barrels, the EIA data showed.

Refinery crude runs were 956,000 barrels. The weekly refinery utilization rate was 5.5%, according to the EIA report.