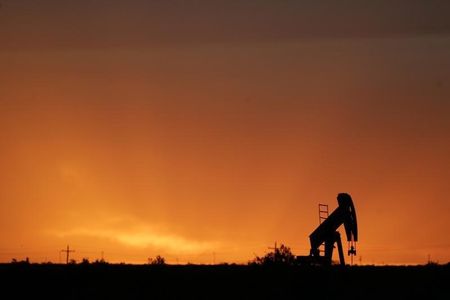 Investing.com – Oil was down Thursday morning in Asia, as an unexpected build in U.S. gasoline stocks raised concerns about weakening demand for crude in the world’s biggest oil consumer alongside rising stockpiles.

U.S. crude oil supply data from the U.S. Energy Information Administration (EIA) showed a draw of 3.522 million barrels, against the 1.436-million-barrel draw in forecasts prepared by Investing.com and the 876,000-barrel-draw reported the week before.

Supply data from the American Petroleum Institute the day before showed a draw of 2.618 million barrels.

The EIA data also said that gasoline inventories jumped to 4.044 million barrels, against the 221,000-barrel draw in forecasts prepared by Investing.com and the 1.735-million-barrel draw reported during the previous week.

Some investors urged caution as refiners ramp up production ahead of the summer driving season.

“Refiners may want to pull back on the run rate a bit to keep gasoline storage from challenging the all-time record,” Mizuho Securities director of energy futures Bob Yawger told Reuters.

Meanwhile, global crude oil supply is also increasing as Russia reportedly increased its output from average March levels in the first few days of April. Iranian supply could also increase, as talks on reviving a nuclear deal with the U.S. and other countries continue and raise the possibility that some sanctions could be lifted.

Investors continue to draw hope for fuel demand recovery, however, from the IMF’s prediction of better-than-expected global growth in 2021. The organization said earlier in the week that the unprecedented public spending deployed to combat COVID-19 could increase global growth to 6%, a rate that has not achieved since the 1970s. A rosier economic outlook would boost demand for the black liquid, in turn keeping stockpiles in check.