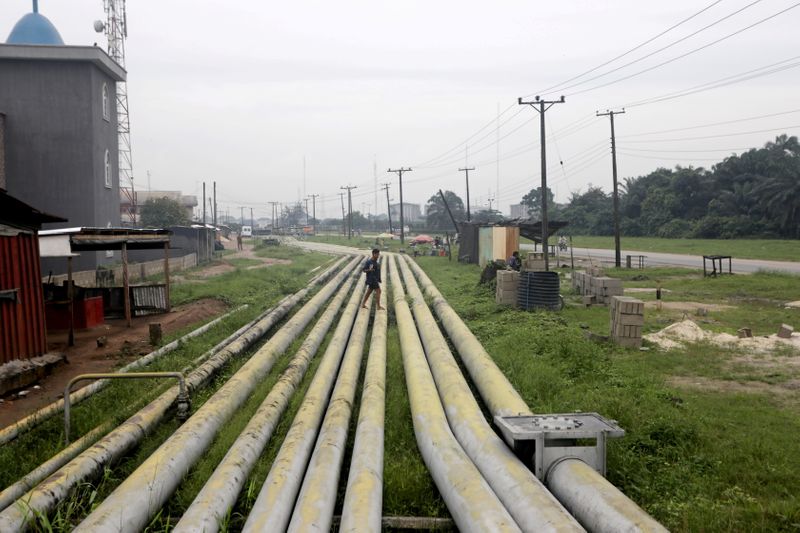 By Libby George and Camillus Eboh

LAGOS/ABUJA (Reuters) -A long-awaited bill to overhaul nearly every aspect of oil and gas production in Nigeria has been presented in both chambers of parliament, which could vote on the package as early as today, members of parliament told Reuters.

Legislators have been hashing out details of the bill since President Muhammadu Buhari presented an initial version in September last year, but an overhaul has been in the works for some 20 years.

Its passage this year would be a landmark accomplishment for the Buhari administration, and one that observers say is essential to attracting a shrinking pool of capital for fossil fuel development.

The chambers are expected to begin voting on the bill on a clause-by-clause basis on Thursday, a process that could take some time for a technical presentation that is more than 400 pages long.

By mid-morning members of the senate had entered a closed-door session with the petroleum minister and the head of state oil company NNPC, where the senate president said they would explain technical terms and details. Voting was set to begin after the briefing.

The key remaining controversies related to the share of wealth for communities in areas where petroleum is produced, and communities in the northern and central parts of Nigeria where there is exploration but no production yet.

A copy of the technical report submitted to parliament and seen by Reuters proposed the share of regional oil wealth generated from production that host communities can claim would increase from 2.5% to 5%. They had pushed for a 10% share.

The proposal also includes a string of changes sought by oil majors, including amended royalties and fiscal terms for oil and gas production, and the transfer of state oil company NNPC’s assets and liabilities to a limited liability corporation created by the bill.

Leaders agreed earlier this year to sweeten the terms for oil companies in an effort to attract much-needed investment in an era of shrinking global cash for fossil fuel production.