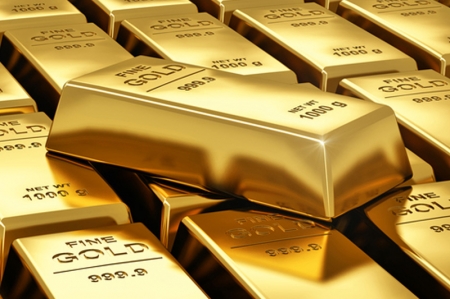 Investors in both the commodity market and the international foreign exchange – Forex market – are very closely following the recent events in the United States regarding the transfer of executive power and administration between the current US President Donald Trump and the newly elected Joe Biden. Based on these events and statements of the newly elected President Biden, in which he already mentioned what new measures he will introduce, investors and analysts are trying to estimate a possible further development of the price of gold.

According to economic correspondents, the course of the development on the financial market will be related to the development of the exchange value of the US dollar (USD) against other major world currencies. This mutual exchange rate, and in particular the exchange rate of the USD according to the US Dollar Currency Index (DXY), which compares the exchange value of the USD with the other six major world currencies, will affect the value of investment gold on the commodity market. On 19 January 2021, at 8:08 am CET the value of gold on the Commodities Exchange Center (COMEX) commodity market was US$ 1,839.00 per troy ounce with the current daily gain of +0,50% of its previous price.

According to data from technical analysis, since the beginning of this year the price of gold is showing a decrease of -3.3% compared to the end of the last year. However, in the overall annual comparison the value of gold increased by +15,78% in the last 52 weeks. According to investment banks’ financial strategists, the rise in the price of gold was very closely linked to the overall global decline in the exchange rate of the USD as the main commodity currency. On 19 January at 8:53 am CET, according to DXY, the USD was seen at the price level of 90.63, with a daily decrease of -0.15% so far.

Given that the USD thus has de facto control over gold price movements, investors now focus on the speech of the future US Secretary of the Treasury in the new Biden administration, Mrs. Janet Yellen, which is scheduled for Tuesday 19 January. This new minister is known to the financial world as the former head of the US Federal Reserve System (Fed). She is widely known for not favouring a deliberate weakening of the USD, but supporting the free USD exchange rate achieved in the public foreign exchange market. “The impact on gold will be determined by how much and in which direction the US dollar moves in response”, said Commerzbank analyst Carsten Fritsch.