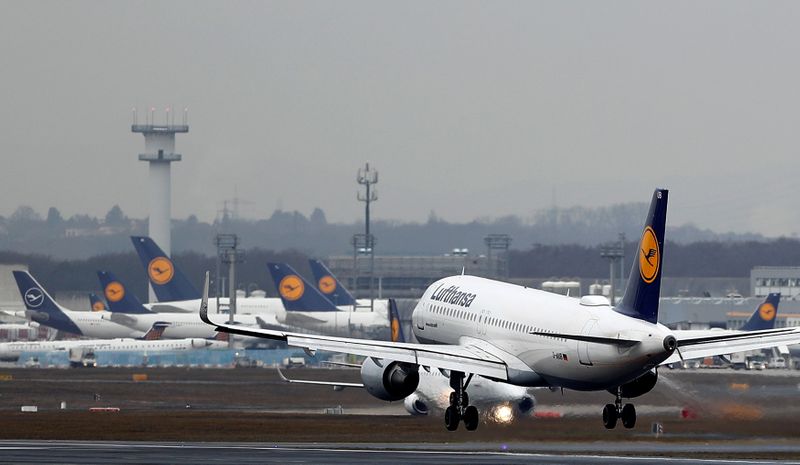 By Riham Alkousaa and Laurence Frost

BERLIN (Reuters) – Lufthansa may permanently ground more jets to emerge leaner from the coronavirus pandemic, the German airline group said on Thursday, as it reported a record 6.7 billion euro ($8.10 billion) loss for 2020.

The group, which also owns Austrian Airlines and the Swiss and Eurowings brands, trimmed its 2021 capacity plans as COVID-19 disruption drags on, but held out hope for a summer upturn.

“We are examining whether all aircraft older than 25 years will remain on the ground permanently,” Chief Executive Carsten Spohr said, pledging to make 2021 “a year of redimensioning and modernisation” for the company.

Bernstein analyst Daniel Roeska said that despite “tangible progress” on cost-cutting at its airline subsidiaries, “Lufthansa mainline is still stuck at step one” with short-term crisis union agreements.

The group, which received a government-backed 9 billion euro bailout last June, said it will operate at 40-50% of pre-crisis capacity this year, down from an earlier 40-60% forecast.

Summer travel will nonetheless pick up swiftly whenever restrictions are eased, Spohr said, and Lufthansa stands ready to restore 70% of its flight schedule “in the short term”.

The airline group has outlined plans to cut its fleet to 650 planes in 2023 and phase out ageing Boeing (NYSE:BA) 747-400s and Airbus 340-600s. A slower recovery means more grounded planes may never return to service before retirement.

Operating cash burn was reduced to 300 million euros per month in the fourth quarter and is expected to remain stable at that level in the first three months of 2021, the company said.