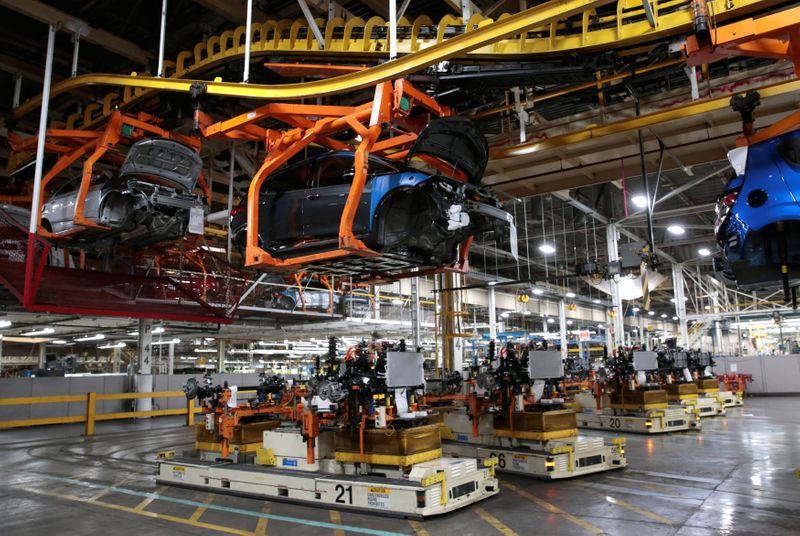 (Reuters) – One of the earliest battery-related fires in a Chevrolet Bolt electric car was reported 18 months ago. General Motors Co (NYSE:GM) did not open a formal investigation on Bolt fires until August 2020. A year later, GM launched its third recall, covering all Chevy Bolts built, to replace potentially defective batteries. Here is a chronology leading up to the August 2021 recall, compiled from documents submitted by GM to the National Highway Traffic Safety Administration:

March 17, 2019 – One of the first reports of a battery-related fire in a Chevrolet Bolt involves a 2018 model in Belmont, MA, as GM later confirms to NHTSA.

Aug. 26, 2020 – GM has received reports of 12 Bolt fires, confirming that at least five are battery-related, and opens a formal investigation.

Oct. 9, 2020 – NHTSA’s Office of Defects Investigation opens a preliminary evaluation on 2017-2020 Bolts after the agency receives two complaints and reports of three fires and one injury.

Nov. 5, 2020 – GM recalls 50,932 2017-2019 Bolts to address the risk of fire in batteries made at partner LG Chem’s Korea plant. As an “interim remedy,” GM dealers will install a software update that limits the battery charge to 90%. GM tells dealers to stop the sale of new and used Bolts until the software update is available.

April 29, 2021 – GM describes a “final” remedy: Dealers “will perform a diagnostic procedure and, if necessary, replace battery module assemblies that fail the diagnostics.” Dealers also will install advanced onboard diagnostic software that can predict potential issues related to battery charge.

July 14, 2021 – GM learns of battery fires in two Bolts that had received the “final” remedy. It advises owners of 2017-2019 Bolts to park their vehicles outdoors immediately after charging, and not to leave their vehicles charging overnight.

July 21, 2021 – GM and LG identify “the simultaneous presence of two rate manufacturing defects in the same battery cell as the root cause of the battery fires.”

Aug. 6, 2021 – GM becomes aware of a Bolt fire “outside of the recall population” and identifies the battery pack as a probable cause. GM tells dealers that “the required repair to complete the recall is not yet available.”

Aug. 20, 2021 – In the third recall in nine months, GM calls back all remaining Bolts made through model year 2022, as well as the new Bolt EUV. A final fix is not yet available.