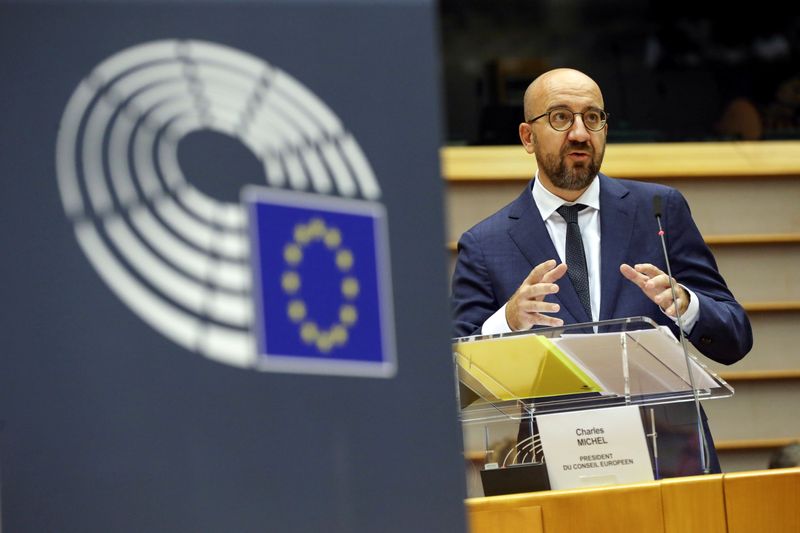 The Governing Council of the European Central Bank (ECB) has not changed – at its meeting on 22 April 2021 – its monetary policy, leaving its current economic stimulus, including interest rates, unchanged. However, the hawkish members of the Governing Council expressed the hope that the central bank would be able to release its stimulus program to fight the coronavirus pandemic, known as the PEPP, as early as the second half of 2021. However, changes to this program, and in particular its release, will depend on the pandemic and the ongoing vaccination against Covid-19.

The financial markets reacted differently to this fact and, for example, the European stock market closed this trading day with an increase in the point values ​​of its stock indices and the German stock index DAX gained +0.82% points more and closed at 15,320.52. However, the debt market expressed a decline in European bonds and a German 10-year government bond depreciated -0.006% of its daily yield. During Friday morning on 23 April 23 at 7:50 am CET, the foreign exchange – Forex market reacted by strengthening the single European currency, the euro (EUR) against the US dollar (USD), and the EUR/USD currency pair traded at US$ 1,202 per EUR with the current daily appreciation of the EUR by +0.07% against the USD. The British pound (GBP) also strengthened against the USD by +0.19% when it traded at US$ 1,386 per GBP. The euro is currently weakening against the GBP by -0.092% and trading at GBP 0.867 per EUR.

The ECB said last month that it was set to increase purchases of government bonds – although still within the planned € 1.85 trillion (US$ 2.2 trillion) by March 2022, in order to address rising bond yields in the euro zone. At the sametime the ECB expressed concern about the sharp rise in the cost of lending to euro zone governments before the economy fully recovered from the coronavirus shock. “Preserving favourable financing conditions over the pandemic period remains essential to reduce uncertainty and bolster confidence, thereby underpinning economic activity and safeguarding medium-term price stability,” ECB chief Lagarde said at a news conference on Thursday. As a result, Deutsche Bank data showed that the ECB bought € 74 billion worth of bonds in March, which is up from €53 billion and €60 billion in January and February and. “The Governing Council expects purchases under the PEPP over the current quarter to continue to be conducted at a significantly higher pace than during the first months of the year,” the ECB said on Thursday 22 April 2021 after its meeting, and indicated that it will buy more bonds in the coming months compared to the first months of this year 2021.

The ECB’s monetary policy stance is primarily aimed at supporting the 19 euro zone economies that are fighting the coronavirus. Many European nations have been forced to return to lockdowns after the third wave of infections during the Easter period, and there is great uncertainty in the coming months. “Incoming economic data, surveys and high-frequency indicators suggest that economic activity may have contracted again in the first quarter of this year, but point to a resumption of growth in the second quarter,” Ms Lagarde, President of the ECB, said at a news conference. However, she added that there was an “overall environment of uncertainty” regarding the economic outlook. The June meeting of the Governing Council of the ECB – scheduled for the 10 June 2021 – is eagerly awaited as another key moment for monetary stimulus in the euro zone.