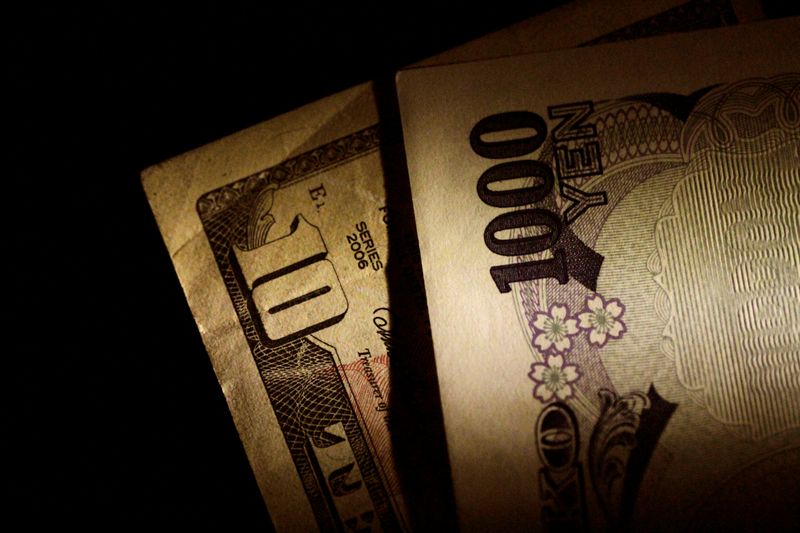 LONDON (Reuters) – The dollar gained against major currencies on Tuesday and climbed to a one-year high against the yen, as accelerating U.S. vaccinations and plans for a major stimulus package stoked inflation expectations and raised Treasury yields.

The safe-haven dollar found support across the board as investors also digested the fallout from the collapse of highly leveraged investment fund Archegos Capital.

The dollar index rose above the 93 mark and was last up around a third of a percent at 93.185, its highest level in four months.

The dollar also rose above 110 yen, a level not seen since March last year, and was last up 0.5% on the day.

It is on track for the best month since late 2016, with the end of Japan’s fiscal year this month driving up dollar demand as companies square their books.

Analysts said the yen was also vulnerable to higher inflation expectations in the United States than in Japan and a rise in long-term U.S. yields.

Ten-year U.S. Treasury yields rose to 14-month highs on Tuesday, the day before President Joe Biden is set to outline how he intends to pay for a $3 trillion to $4 trillion infrastructure plan.

“USD/JPY has by far the highest correlation amongst G10 currencies with long-term US yields,” said Lee Hardman, currency economist at MUFG in a note.

“Upward pressure on long-term US yields is expected to be supported by another fiscal stimulus policy announcement from the Biden administration.”

The euro weakened on the day to $1.17290, its lowest level since November.

Tougher coronavirus curbs in France and Germany have dimmed the short-term outlook for the European economy. A a widening spread between U.S. and German bond yields is adding pressure on the euro.

The monthly U.S. non-farm payrolls report will be closely watched at the end of this week, with Federal Reserve policymakers so far citing slack in the labour market for their continued lower-for-longer stance on interest rates.

“In a week when the market is feeling so optimistic about the forthcoming payrolls release, it seems very likely that the greenback will find strong support,” Rabobank currency strategist Jane Foley wrote in a report.

However, “the market is in danger of pricing in too much inflation risk,” meaning “we see scope for the USD to soften in the months ahead,” the report said.