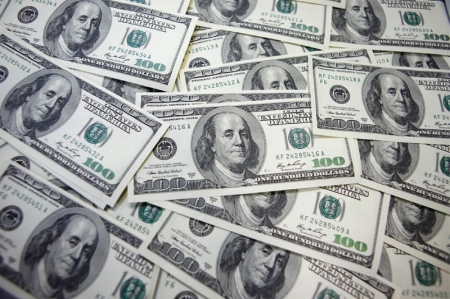 These dollar gains came on the back of the benchmark 10-year Treasury yield jumped back above 1.5%, rising as high as 1.58%, not far off the one-year peak of 1.61% it reached last week.

Fed chair Powell said in Thursday’s conference that the sell-off in U.S. government bonds was not “disorderly” or likely to push long-term rates so high that the central bank might have to intervene more forcefully.

He also reiterated a commitment to maintain ultra-easy monetary policy until the economy is “very far along the road to recovery.”

“It seems clear that upside risks to U.S. yields will dominate into the Fed meeting of 17 March, leaving both risk assets and short dollar positions vulnerable,” said analysts at ING, in a research note.

Meanwhile, the Biden administration’s proposed $1.9 trillion Covid relief bill is soon to be debated in the Senate after it passed the Democratic-led House of Representatives last weekend.

A total of 158.5 million households would receive direct payments under the Senate version of a $1.9 trillion coronavirus stimulus bill, the White House said on Thursday. This impending U.S. fiscal stimulus is adding fuel to expectations of higher inflation, thus higher Treasury yields, as the economy recovers.

A key gauge of the recovery of the labor market is due later in the session, with the official February employment report due at 08:30 AM ET (1330 GMT). An addition of 182,000 payrolls is expected, up from just 49,000 last month, but Wednesday’s ADP private payrolls and Thursday’s weekly initial jobless claims data showed only modest improvement.

“Powell made it very clear that the U.S. has a long way to go to meet its full employment goals,” added ING, “Yet any stronger than expected numbers do risk exacerbating the bond sell-off and warns this dollar correction has further to run.”

Elsewhere, USD/CNY rose 0.1% to 6.4740, after China set a conservative economic growth target of above 6% for 2021 as the National People’s Congress opened earlier in the day.