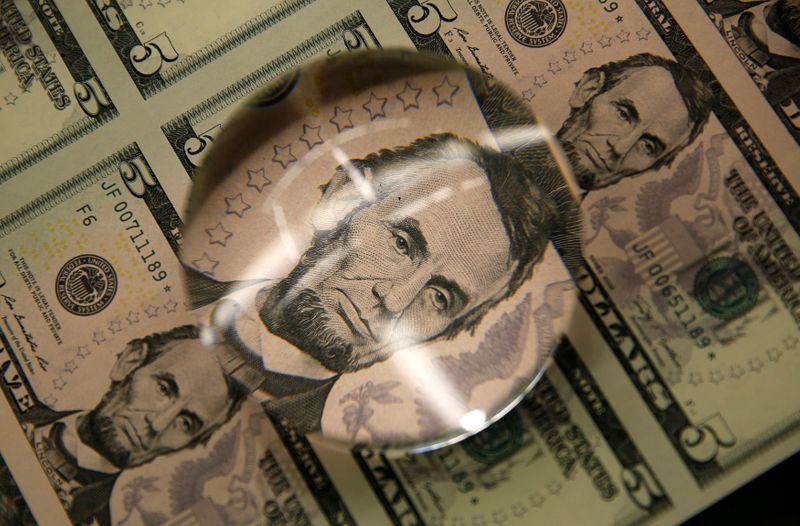 LONDON (Reuters) – The dollar edged higher on Tuesday, helped by a pick-up in U.S. Treasury yields, while riskier currencies dipped, as markets waited for inflation data in the United States.

The dollar has fallen in April so far, after surging in the first three months of 2021 on expectations that a combination of monetary stimulus and government spending would cause inflation to spike.

U.S. CPI data for March is due at 1230 GMT and is expected to show a rise in inflation.

Markets will also be paying attention to how yields react to a 30-year Treasury auction.

The inflation figure alone was unlikely to move the dollar, said Ned Rumpeltin, head of European currency strategy at TD Securities, but any reaction in U.S. yields could create a knock-on effect on currency markets, particularly in the dollar-yen pair.

“There’s a widespread expectation that inflation is set to rise in the coming months, but also a consensus for the most part that this will be a transitory phenomenon,” Deutsche Bank (DE:DBKGn) strategist Jim Reid wrote in a note.

Likewise, Rumpeltin said that the inflation number could be driven by factors other than demand.

“If there are supply-chain problems and the costs are rising because of it, that’s not really inflation in my book,” he said.

Worries that the U.S. Federal Reserve would scale back – or “taper” – its quantitative easing programme was seen as the biggest risk among investors in BofA’s fund manager survey released on Tuesday.

Asian stock markets were broadly positive after the data, but the boost did little to support currency markets. In London trading, China’s offshore yuan was down 0.1% against the dollar, changing hands at 6.5536.

The Australian dollar, which is seen as a liquid proxy for risk appetite, was down 0.2% versus the U.S. dollar at 0.7609.

On Monday, Australia abandoned its goal to vaccinate nearly all its population by the end of 2021.

The New Zealand dollar was steady . The Reserve Bank of New Zealand is due to meet on Wednesday and is expected to keep rates constant.