TipsForTrade
Home Forex News Dollar Down, but Near 14-Month High Against Euro over ‘deafening’ Nat Gas... 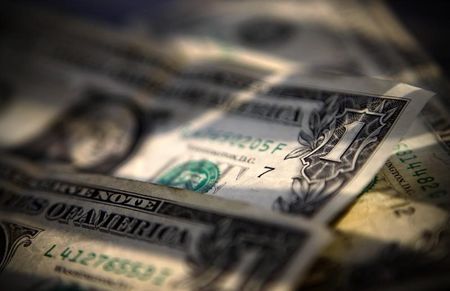 Investing.com – The dollar was down on Thursday morning in Asia, but remained close to a 14-month high against the euro. Investor concerns that surging energy prices, and the resultant inflation, could impair the economic recovery from COVID-19 persist, while also keeping an eye on the U.S. Federal Reserve’s timeline to begin asset tapering.

“All the talk on the trading floors, on social media, and through broad markets has been around natural gas, and it was deafening,” Pepperstone head of research Chris Weston said in a note titled “OMGas”.

“Traders feared stagflation risks were on the march and questioned how on earth do central banks deal with a stagflation event driven by a supply shock?” the note added.

Investors also continue to monitor progress on the U.S. debt ceiling negotiations, after Senate Minority Leader Mitch McConnell said his Republican party would allow an extension of the federal debt ceiling into December 2021.

They also await the latest U.S. jobs report, including non-farm payrolls, to be released on Friday. The ADP non-farm employment change for September, released on Wednesday, was a higher-than-expected 568,000 as subsiding numbers of COVID-19 cases allowed Americans to travel, eat out at restaurants, and re-start other high-contact activities.

The report could provide clues to the Fed’s timeline to begin asset tapering, widely expected to happen as soon as November 2021.

In cryptocurrencies, bitcoin remained near an almost five-month high of $55,800 hit on Wednesday and was last trading around $54,881.