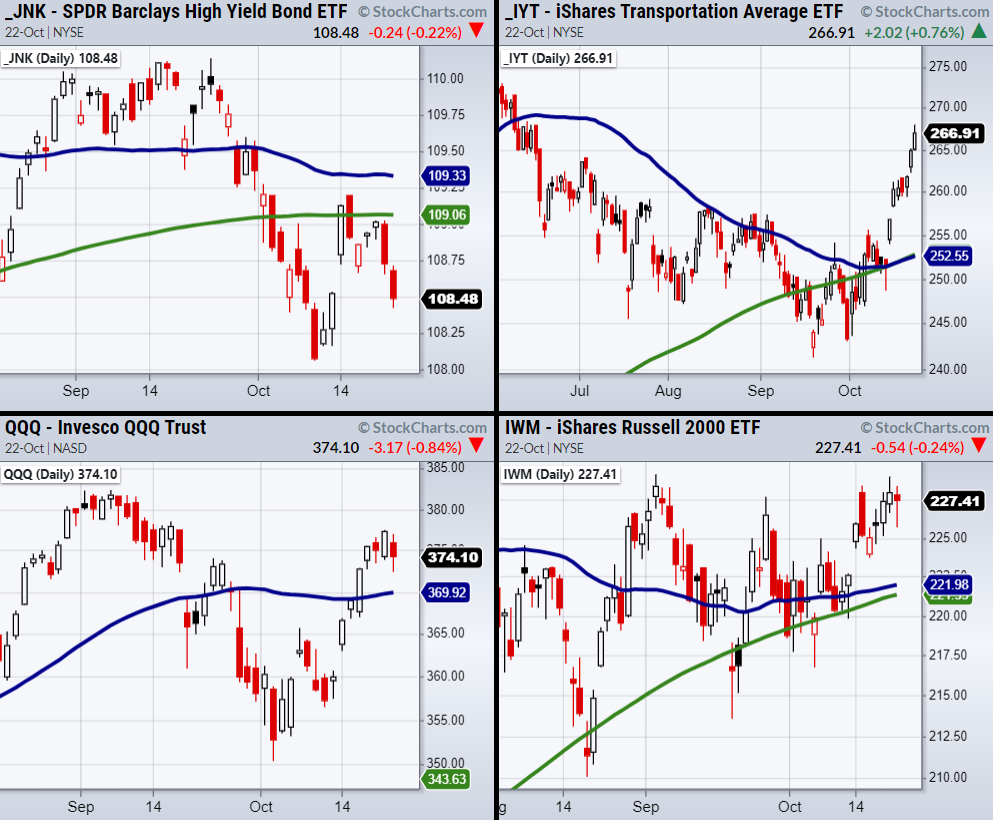 Friday, the chair of the Federal Reserve—Jerome Powell—spooked the market when he announced that the Fed would keep rates near zero and continue with its tapering schedule. Though the market cannot blame Powell for stating already well-known information, it was enough to help create an intra-day selloff. While the market steadied itself in the latter half of the day, the selloff revealed how nervous the market is at its current price level.

So far, both the S&P 500’s SPDR® S&P 500 (NYSE:SPY) and the Dow Jones’ SPDR® Dow Jones Industrial Average ETF Trust (NYSE:DIA) cleared all-time highs on Friday; but only the DIA was able to hold them.

Watching the demand side of the economy through IYT’s strength is a bullish sign while investors’ selling high yield debt indicates a risk-off scenario. However, JNK does have more support to watch at $108.06. Furthermore, traders will need to stay frosty as the market continues to sit in a pivotal area and monitor both JNK and IYT along with the major indices for any potential shift in sentiment come Monday.

Another Low Traffic Day For The Market

After Friday’s Gains, Indices Set Up For Potential Bullish Follow-Through