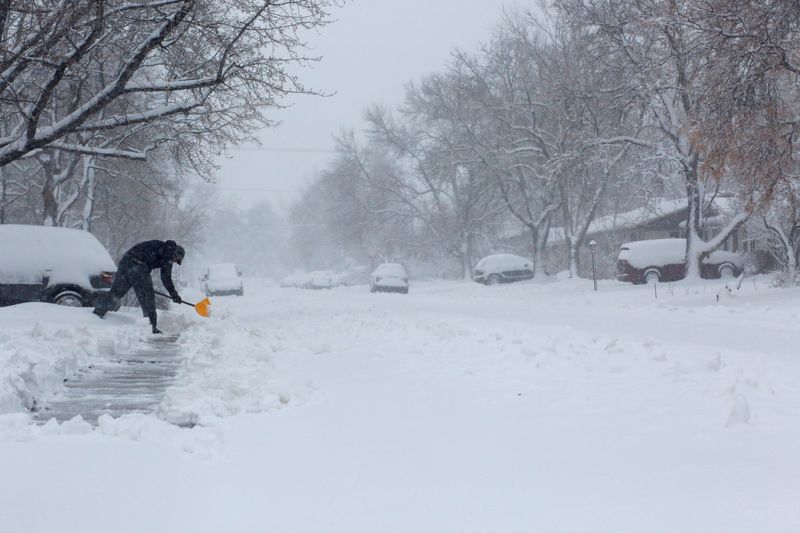 (Reuters) – Tens of thousands of people were without power on Monday and flights were grounded at Colorado’s Denver International Airport for much of the day as the region dug out from one of the most powerful late-winter blizzards in some two decades.

The heavy storm punished parts of Colorado and Wyoming with up to 3 feet of snow and wind gusts of 45 miles per hour over the weekend, stranding motorists on major highways, and knocking down trees and power lines.

Denver International Airport, which halted all inbound and outbound flights on Sunday afternoon after 2 feet of snow fell on runways, reopened them shortly after 3 p.m. on Monday.

Airport staff gave blankets and water to the roughly 500 passengers that were left stranded at the airport overnight, the Denver Post reported. At one terminal, employees of a McDonald’s (NYSE:MCD) restaurant passed out free food, the paper said.

Interstates 70 and 25, two of Colorado’s main arteries across the state, were shut down on Sunday afternoon, along with Interstate 80, which runs east-west across Wyoming. Motorists were advised to stay off the roads on Monday.

“Laramie County and the @CityOfCheyenne are working tirelessly to clear several feet of wet, heavy snow from our interstates and local roadways,” the Republican governor said.

In Laramie County, volunteers used their snowmobiles to shuttle doctors and nurses to Ivinson Memorial Hospital.

More snow was expected across the Rockies on Monday evening and into Tuesday, although National Weather Service forecasters expected it to be considerably lighter and wreak less havoc.

The weather system bringing blizzards to the Rockies was also responsible for severe thunderstorms in Texas over the weekend, including reports of multiple tornadoes on Saturday in the Texas Panhandle.