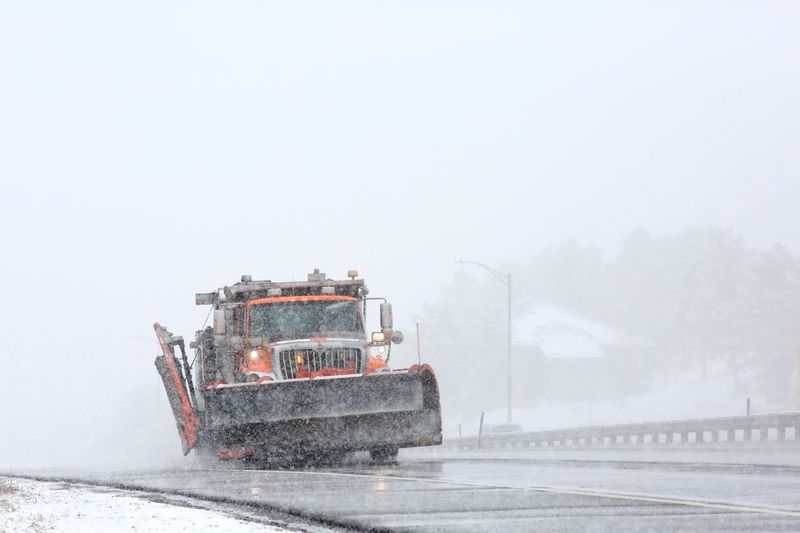 DENVER (Reuters) – A dangerous winter storm pummeled parts of the U.S. Rockies and western Plains with heavy snow on Sunday, shutting down Denver’s busy airport and forcing the closure of major highways.

Snowfall accumulations were expected to reach 3 feet (1 meter) or more in high-altitude areas. In Cheyenne, Wyoming, about 26 inches (65.5 cm) of snow had fallen by noon, the National Weather Service reported, setting a new two-day record for the city.

“STAY HOME. YOU WILL BE STRANDED!” the agency’s Cheyenne office posted on Twitter.

In eastern Colorado, wind gusts of 45 miles per hour (72 km per hour) prompted the National Weather Service on Sunday afternoon to issue a blizzard warning for about a 90-mile (145 km) stretch of the state’s urban corridor along Interstate 25, from Fort Collins to Castle Rock.

The warning extended to the Denver metropolitan area, where about a foot (30 cm) of snow had fallen by midday, with another 8 inches (20 cm) likely before the storm wanes by nightfall, said Frank Cooper, a National Weather Service meteorologist in Boulder, Colorado.

“The wind has really become an issue,” Cooper said.

The deteriorating conditions forced Denver International Airport, the nation’s fifth-busiest airport, to close all six of its runways, officials said. The airport recorded more than 19 inches (48 cm) of snow by lunchtime.

The closure will have minimal impact on airport operations, as more than 2,000 weekend flights were already canceled, including 1,346 on Sunday, officials said.

The heavy and wet snow was threatening trees and power lines. More than 57,000 customers were without power in Colorado, according to an outage tracker maintained by utility Xcel Energy (NASDAQ:XEL).

Interstates 70 and 25, Colorado’s the main roadways, were shut down as of Sunday afternoon. Interstate 80, which runs east-west across Wyoming, was also closed.

The system bringing blizzards to the Rockies was also responsible for severe thunderstorms in Texas, including reports of multiple tornadoes on Saturday in the Texas Panhandle. No deaths were reported.