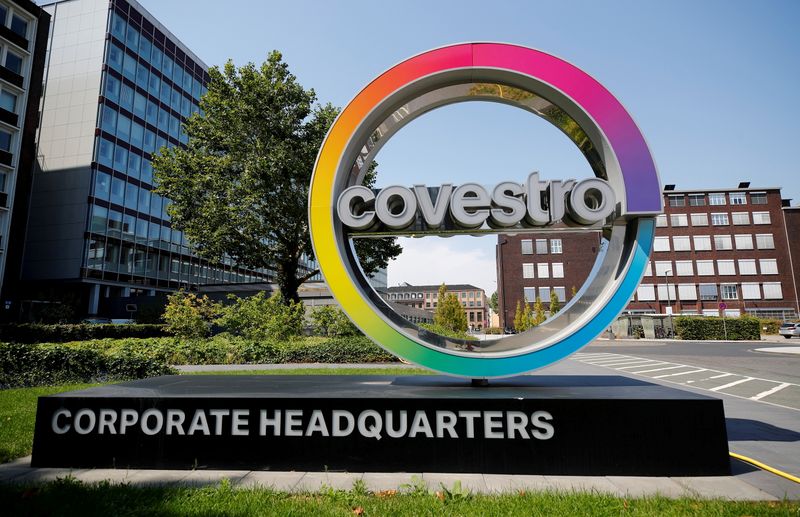 By Patricia Weiss and Federico Maccioni

(Reuters) – German chemicals maker Covestro on Monday raised its 2021 profit forecast for the third time and was confident about prospects for next year, while adding it was not clear if a boost from higher prices would continue.

The company, whose products are used to make car seats and phone cases, beat analysts’ forecasts with an 89% jump in third-quarter core earnings as strong demand allowed it to hike prices to offset higher energy and raw material costs.

“Overall, we believe that we can conclude a very successful result next year”, Chief Financial Officer Thomas Toepfer told Reuters, while adding he couldn’t say at this stage whether the lift from higher prices would persist in 2022.

“We have increased our earnings forecast once again, which shows that we are on the move with good dynamics and are very confident that we can take this dynamic into the fourth quarter”, Toepfer said.

Toepfer said the shortage was caused by bottlenecks in purchasing raw materials and other inputs, leading to unplanned production outages – including one at the group’s Brunsbuettel site in Germany.

But he added the company produces many inputs itself.