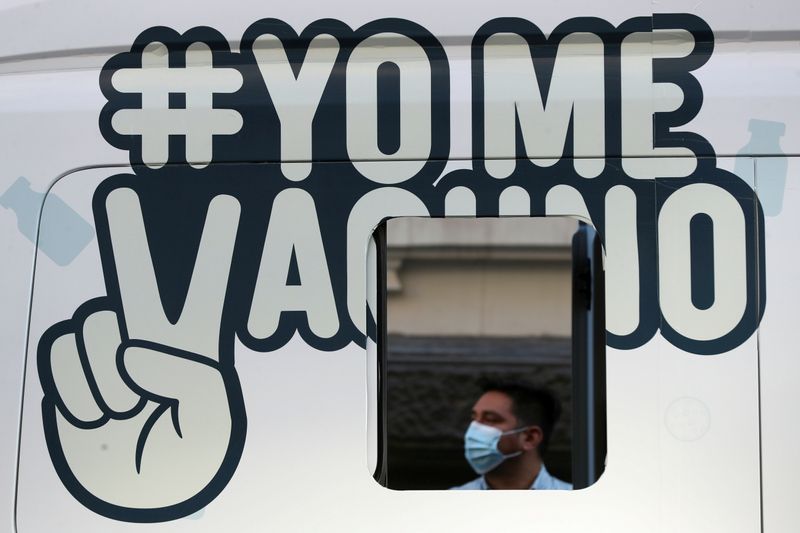 SANTIAGO (Reuters) – Chile’s President Sebastian Pinera on Monday announced a $2 billion boost to health spending to address the coronavirus pandemic, which continues to menace the country despite one of the world’s fastest vaccination campaigns.

“The fight against COVID is not over and no one knows when it might be,” said Pinera during a health briefing.

Alarm (NASDAQ:ALRM) is growing in Chile over the more contagious Delta variant of the coronavirus, which was confirmed in the country last week and has caused contagion spikes elsewhere.

Although it is experiencing a lull in cases after a fierce second wave, health chiefs have tightened health checks at borders and urged people to wear thicker masks.

Chile has vaccinated 82% of its 15 million target population with at least one dose and 70% are fully vaccinated against COVID-19. This week it is inoculating residents under age 18, as young as 12-years-old.

Pinera said the country will vaccinate children aged three to 11 as soon as regulatory approval is granted.

Studies suggest that two doses of the Pfizer/BioNTech or AstraZeneca (NASDAQ:AZN) vaccines – both being used in Chile – are broadly effective against Delta variant first identified in India and now rampaging around the globe.

Questions have been raised about whether Sinovac Biotech’s CoronaVac primarily used in Chile can protect against the variant that has also been associated with more severe disease.

Last week, a researcher at China’s Center for Disease Control said antibodies triggered by two Chinese COVID-19 vaccines he did not name were less effective against Delta than other variants, albeit still offering some protection.

“It really bothers me that a European authority should say the vaccine has not worked here without having any scientific information to back that up,” Paris said.

Public health chief Paula Daza said it was “very likely” that Chile would issue a third dose to its citizens, potentially of a different vaccine from their previous shots, noting: “it might be a way of bolstering the effectiveness of vaccines.”