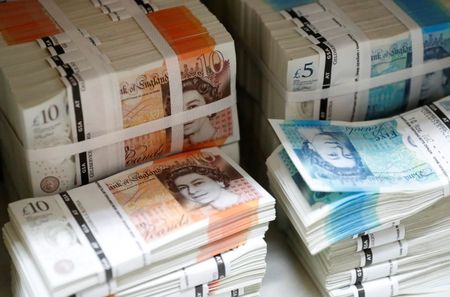 According to Bank of America analysts, the domestic currency of the United Kingdom of Great Britain, the British pound (GBP) is in serious jeopardy in terms of its rating and position on the international foreign exchange – Forex market. The British pound has already begun to define itself as an emerging market currency and has seen a sharp outflow of investors trading in the currency.

On 1 June 2022, at 6:55 am CET, the GBP traded on the Forex market at a mutual exchange rate of US$ 1.2576 per GBP with a daily depreciation of GBP by 0.19% against the USD. At the time mentioned, the position of the GBP against the single European currency, the euro (EUR) has been in a moderate bull market, but the GBP is still recording exchange rate losses against the EUR. On the same day, at 5:59 am CET, the EUR/GBP currency pair traded at GBP 0.8512 per EUR, with the GBP gaining +0.047% against the EUR. At the same time, the global currency pair EUR/USD traded at US$ 1.071 per EUR, with the current daily weakening of the EUR by -0.186% against the USD.

The UK economy has been shrinking since March 2022, and economists, along with the world’s investment banks’ financial strategists expect further economy fall in 2022 as the cost-of-living crisis or the first signs of the so-called stagflation appeared. Stagflation represents a situation where commodity prices, including basic foods, services and especially energy supplies, along with fuel prices, are rising at a high rate. On the other hand, household income is decreasing with many residents already being unemployed. Political scientists call this state the emergence of nationwide poverty with population plunging into modern poverty. Last time this happened in Britain was in the 1970s under Prime Minister Margaret Thatcher when violent miners’ strikes occurred.

According to financial analysts, the GBP has fallen by more than 7% year-on-year. Shorting the pound is taking place with investors speculating on a continuing weakening of the GBP. According to a number of world economists and financial analysts, the recent oil and gas tax introduced by the current administration of Prime Minister Boris Johnson in the UK is “economic illiteracy” and the fact is that it has discouraged many foreign investors who have held their positions in British pounds in the UK. Economists criticize not only the UK government but also the Bank of England (BoE) for its inaction, they also state that its measures are slow and have no effect. Based on these facts, Goldman Sachs analysts and financial strategists state that by the end of 2022 the mutual exchange rate of the GBP against the EUR can be expected to be slightly above GBP 0.90 per EUR with the prospect of possible currency parity next year.