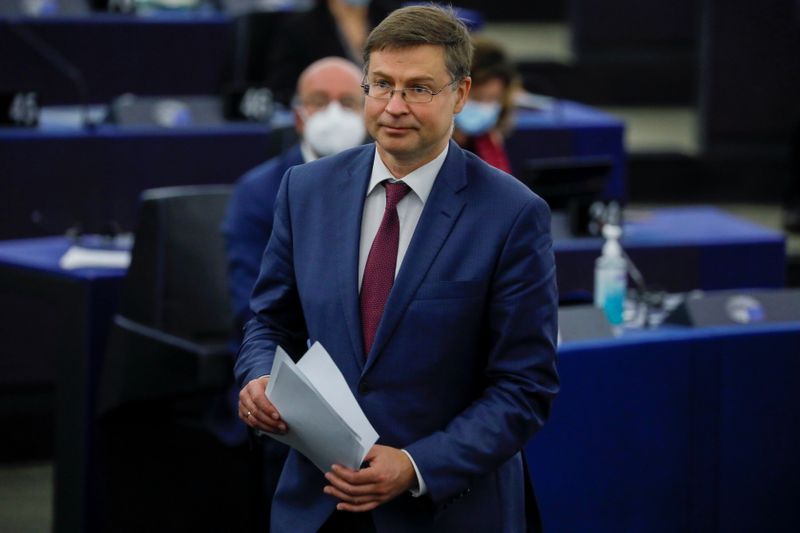 Joe Biden will visit Brussels for the first time as U.S. president after a rancorous four years in relations during the Trump administration.

“As a trust and confidence building measures, we have to de-escalate and solve EU-U.S. trade disputes,” Valdis Dombrovskis told the European Parliament.

Both sides have suspended tariffs in their near 17-year-old dispute over subsidies for planemakers Airbus and Boeing (NYSE:BA).

However, the United States has retained its import tariffs on EU steel and aluminium imposed by former President Donald Trump, although the EU has suspended further retaliatory action.

“We sent a clear signal to the U.S. of our willingness to solve this issue in a fair and balanced way, by suspending the automatic doubling of our legitimate countermeasures. It is now for the U.S. to walk the talk,” Dombrovskis said.

Brussels is hoping Washington will sign up to its proposed trade and technology council, designed to help set compatible standards and facilitate trade in fields such as artificial intelligence and data flows.

The EU also wants to forge an alliance with the United States to drive reform of the World Trade Organization, particularly to address the role of state-owned enterprises, such as those of China, which they argue have distorted trade.

Dombrovskis said he hoped both sides would commit to deal jointly with the “challenges stemming from non-market economies”.

Biden is due to attend a NATO summit next Monday and a summit with EU institution leaders on Tuesday.