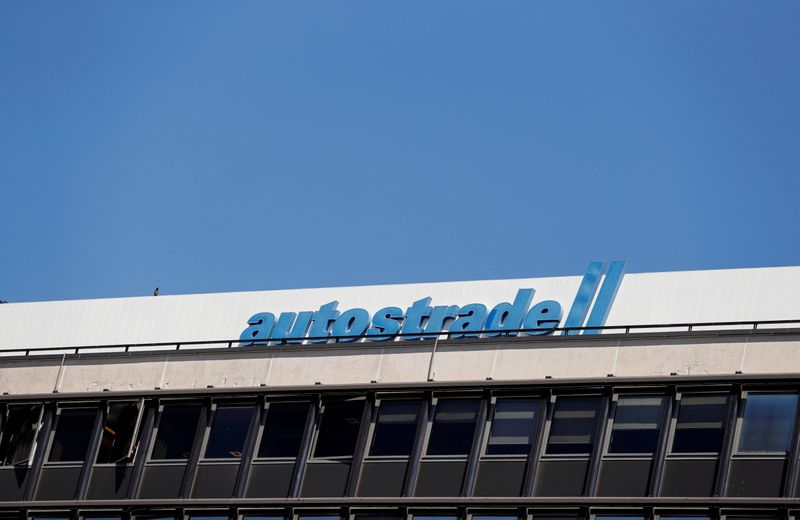 ROME (Reuters) – Atlantia investor and hedge fund TCI has urged Italy’s government not to put any pressure on the Italian infrastructure group to strike a deal to sell its motorway business Autostrade, a letter seen by Reuters shows.

TCI’s letter, dated April 12, asks the government to allow Atlantia to evaluate “independently and free from any political interference” an offer for Autostrade from Spanish infrastructure group ACS.

Autostrade, which manages half of Italy’s motorway network, has been in the political crosshairs since the 2018 deadly collapse of a Genoa motorway bridge run by the company.

As part of a government-backed initiative to reclaim control of the motorways, Atlantia is in advanced talks with a consortium led by Italian state lender Cassa Depositi e Prestiti (CDP), which has presented a binding offer for Autostrade.

However, ACS has sent an expression of interest for Atlantia’s 88% stake in Autostrade, which it values at between 9 billion and 10 billion euros ($12 billion), in a move that could foil the government’s plans.

“Atlantia should be allowed to take the required time to consider the ACS offer,” TCI said in the letter, adding that Rome should not make approval of Autostrade’s economic and financial plan conditional on a deal with the CDP-led consortium.

Such a condition would be a “blatant violation of the principle of free movement of capital”, TCI said.

The offer from the CDP and partners Macquarie and Blackstone (NYSE:BX) is based on an Autostrade valuation of 9.1 billion euros, which some Atlantia investors, including TCI, believe is too low.

The Atlantia board has called a shareholder meeting on May 28 to examine the CDP-led bid.