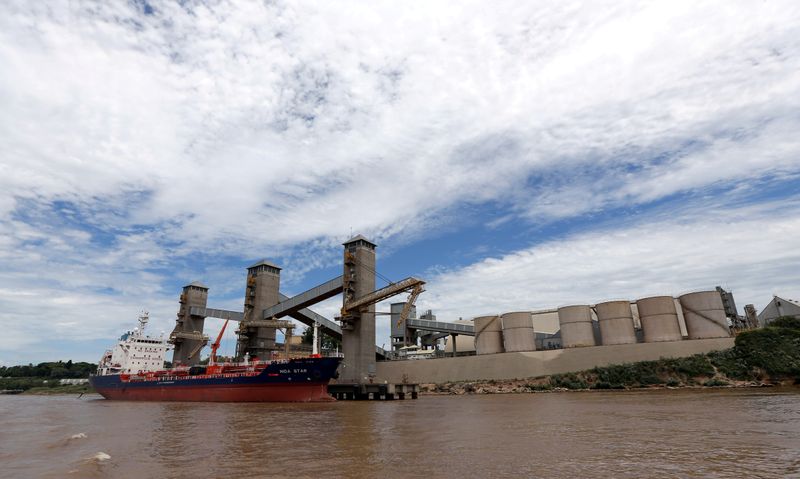 BUENOS AIRES (Reuters) – Argentina’s SOEA oilseeds crushers union said its members would end a strike and return to work on Sunday after consultations on Saturday.

The union said in a statement he decision had been approved to halt strike action, taken on the demand of a bonus for working during the COVID-19 pandemic, and “operations of each oil company will resume for the San Lorenzo administrative area (a key agro-industrial hub north of Rosario) from the first shift on Sunday.”

The statement came after the CIARA oilseed crushing companies’ chamber said the striking workers had exceeded their legal rights to strike with the wildcat action, and called on them to return to the negotiating table to end a strike that was causing “serious disruption” to milling plants.

“Every hour and day of production that is lost is not recovered, exports decline and so does our ability to attract the foreign currency Argentina as a whole needs to handle social crises,” CIARA said.

The strike has hit various grain-processing plants north of Rosario, which concentrates about 80% of the agricultural and agro-industrial exports of Argentina, one of the world’s top grains exporters.

SOEA union official Daniel Succi said late on Friday the strike would be extended until 6 a.m. (0900 GMT) on Sunday and that workers would meet to evaluate their next move.