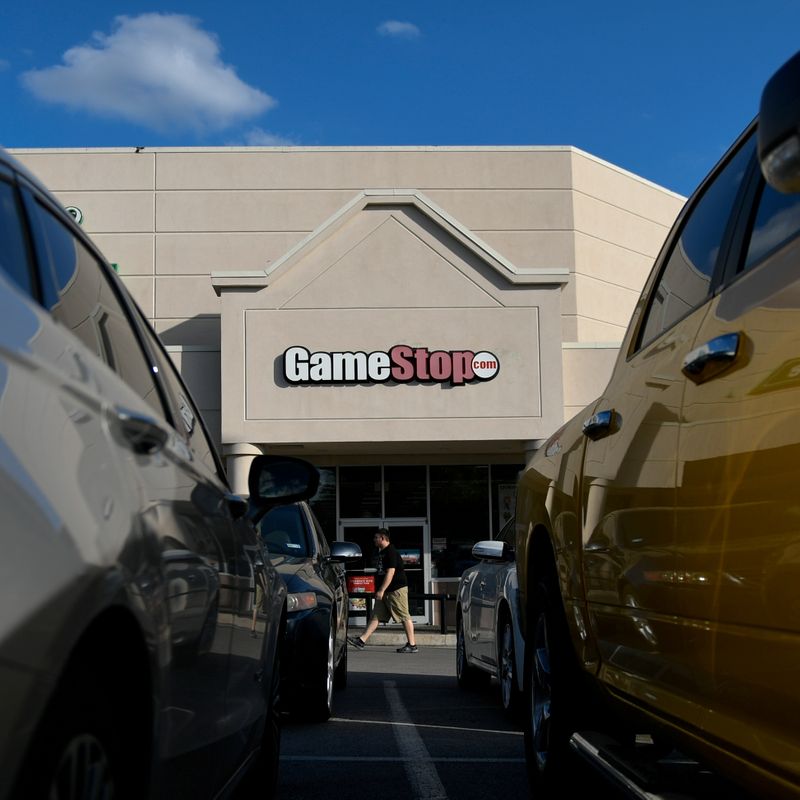 (Reuters) – GameStop (NYSE:GME) and AMC Entertainment (NYSE:AMC) Holdings remained overwhelmingly favored stocks on Reddit’s top trading forum on Thursday, even as they and other companies at the core of a retail trader frenzy plummeted after online brokerages imposed trading restrictions.

Data about posts and comments on Reddit’s Wallstreetbets, aggregated on swaggystocks.com, showed GameStop and AMC were by far the most discussed stocks on the discussion group that has fueled their recent surge, with both continuing to enjoy overwhelming positive sentiment.

Swaggystocks.com was created by Reddit member swaggymedia, whose posts sharing data about Wallstreetbets sentiment have won thousands of “upvotes” from readers. Swaggystocks did not immediately respond to an email asking for his identity but gave permission for his content to be reproduced.

For a graphic on Wallstreetbets ticker sentiment:

GameStop and AMC Entertainment Holdings slumped on Thursday after Robinhood Markets Inc and Interactive Brokers (NASDAQ:IBKR) restricted trading in several social-media darling stocks that had soared this week, with trading platform Robinhood later saying it would remove some restrictions on Friday.

GameStop dropped 44%, but the stock remains up almost 900% since Jan. 12. AMC’s 57% drop reduced its gain since Jan. 21 to around 190%. Also falling heavily were Blackberry (TSX:BB), Koss and Express, which Robinhood also restricted trading in.

Wallstreetbets has ballooned in recent days to 4.8 million members. Many of those people have piled into stock heavily bet against by professional short sellers, overwhelming the professionals and forcing them over the past week to abandon their positions with heavy losses.

AMC, GameStop, Nokia (NYSE:NOK) and Blackberry are currently the most discussed stocks on Wallstreetbets, eclipsing Tesla (NASDAQ:TSLA), which has long dominated chatter amongst its members. AMC and GameStop account for over 25% of recent comments on Wallstreetbets, with Nokia accounting for over 20%.

Discussion of GameStop has receded over the past week as a proportion of overall comments, although the sentiment of comments about the company remains overwhelmingly positive. Swaggystocks calculates sentiment by analyzing individual words used in posts and comments.

For a graphic on Gamestop ticker sentiment:

Along with its stock price, AMC’s prominence on Wallstreetbets has skyrocketed this week to match GameStop’s, after accounting for less than 1% of all comments on Monday. Sentiment in AMC is close to entirely positive on Wallstreetbets, according to Swaggystocks.com.

For a graphic on AMC ticker sentiment:

Data analytics firm Palantir Technologies, which in early January accounted for as much as 16% of comments on Wallstreetbets, has seen its prominence in the group fall to under 1%, even as its stock this week hit a record high.

Tesla, which has long been a popular stock on Wallstreetbets and a major target of short sellers, currently accounts for less than 1% of comments in the discussion group, down from over 30% in the first week of January. Tesla’s stock is roughly unchanged over that time period after reporting disappointing quarterly results on Wednesday.